Lindsay Lohan threw on a jacket Friday when she joined her sister Ali for an evening at Trousdale in LA, which LL later declared as the end of her clubbing life. Ali wasn't with Lindsay on Saturday, though, for a late night visit to the Chateau Marmont. LL's latest weekend of partying comes despite a professional setback — she was dropped from the film The Other Side because producers feared she wasn't bankable enough. Her father Michael is also still making a public scene after his attempted intervention last week, and now he's issued her an ultimatum and threatened to take her to court. Lindsay has responded to almost everything with constant twittering, though she hasn't addressed a sad video of Samantha Ronson weighing in by calling Lindsay an angry human being. 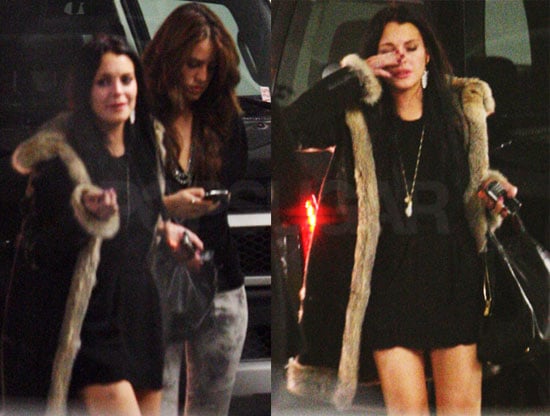