Lindsay Lohan arrived at a courthouse in Santa Monica today for her latest check-in since being released from jail last month. She's coming off a quiet long weekend where she celebrated the success of Machete, which ended up narrowly squeezing ahead of Takers into the number two box office spot instead of the initially reported third place. In other Lindsay news, she's reportedly in talks with The Today Show to strike a deal for her first postjail interview, though no word if they'll pay her $1 million asking price. Most of you were shocked LL scored the October cover of Vanity Fair, and it will be interesting to see if viewers tune in when she's ready to tell her side of the story. 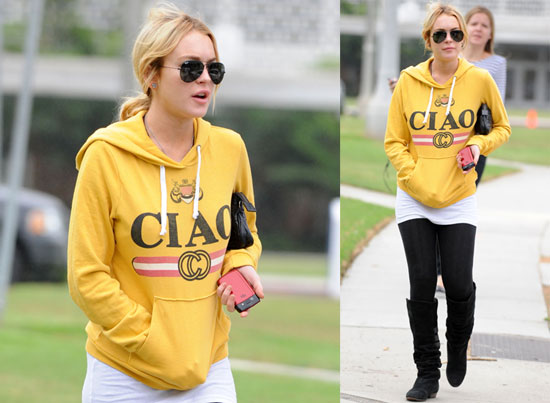