Lindsay Lohan strapped on boxing gloves and practiced her punches at an LA gym yesterday after a meeting with her attorney. The actress has been dealing with her ongoing legal issues all Summer, making frequent visits to the courthouse since her release from mandatory rehab late last month. Otherwise she's been keeping a low profile, skipping the premiere of her movie Machete, which debuted at number two at the box office, and hitting all her favorite stores over Labor Day weekend. Lindsay has kept mum on her time in jail and court-ordered treatment so far, though after initial rumors about a Today Show interview she is said to be in talks with Oprah producers about a possible sit-down on the show. 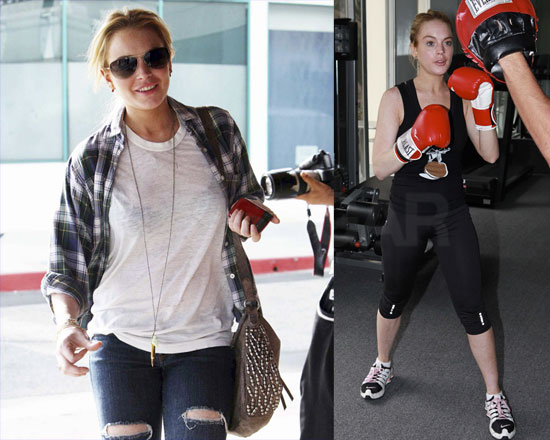 by Krista Jones 45 minutes ago