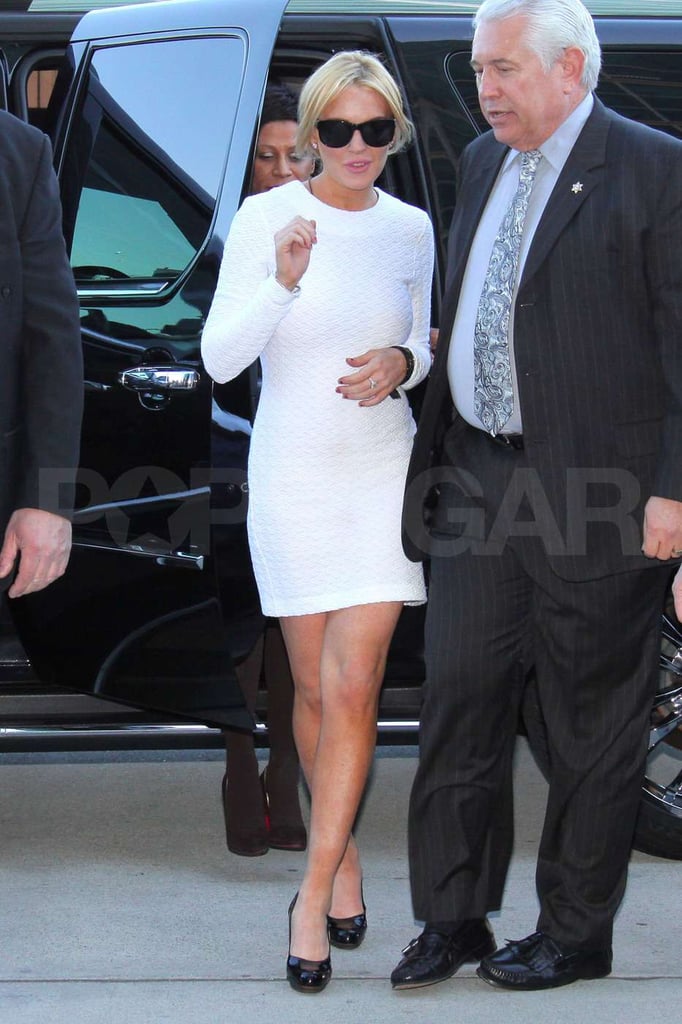 Lindsay Lohan wore a bright white mini dress for her arraignment hearing in LA this afternoon. She was formally charged with a felony for her involvement in allegedly stealing a necklace from a local jeweler. Lindsay plead not guilty, and while she's currently out on $40,000 bail, the judge made it clear that wouldn't be the case if she violates the law again before her Feb 23 hearing. He said, "You're no different than anyone else. Please don't push your luck." This is just the latest in a long string of legal trouble for LL that has resulted in multiple trips to jail for the actress, though most of you seem to be over her constant drama. She'll be back in court in two weeks, when the next steps will be decided and she could land back behind bars.

Previous Next Start Slideshow
Lindsay LohanCelebrity Scandals
Around The Web