Lindsay Lohan suited up this morning for an early hearing at a court in LA. She arrived back in California from France on Saturday afternoon, and LL was said to be nervous about her appearance but certain she didn't deserve jail time. Lindsay discussed with a judge her failure to complete her 13 alcohol education classes, and LL was subsequently ordered to wear a SCRAM bracelet and refrain from drinking and drugs as a punishment. She also has to stay within the LA area, which complicated her plans to work on a movie soon in Texas — violating any of the terms could land LL in jail for 180 days. Her next hearing is scheduled for July 7, five days after her 24th birthday. She's no stranger to wearing the monitoring device, after voluntarily spending much of the Summer of 2007 in one. 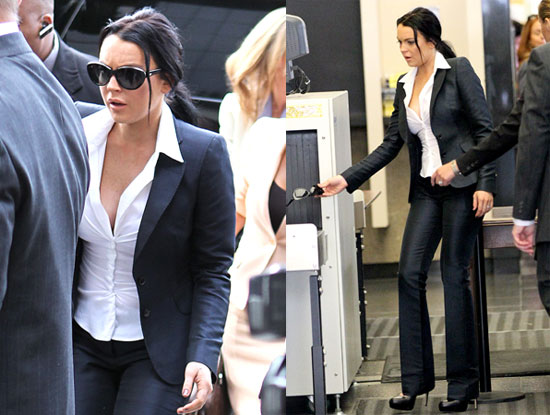