Lindsay Lohan left her pants at home for a dinner out with friends in LA last night. She seemed to be in good spirits despite facing more time behind bars after her recent failed drug tests. You all think Lindsay should be locked up again since she violated her probation, and LA county officials are recommending jail time as well. Lindsay's fate will be decided at her Friday morning court date, but until then she's doing everything she can to redeem herself including attending AA meetings and admitting her faults on Twitter. Things aren't all bad for Lindsay, as she settled her lawsuit against E*Trade and still has the support of her Inferno producer. 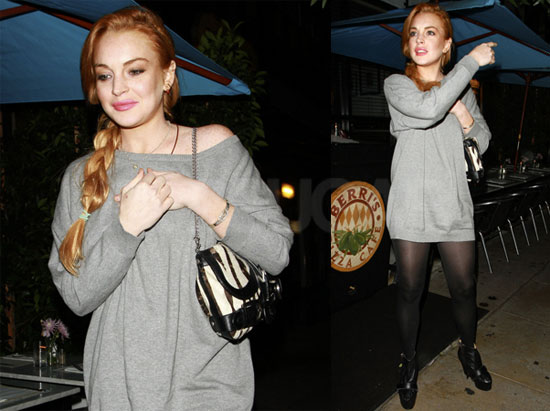