Lindsay Lohan was greeted with little fanfare as she stepped out of the Santa Monica courthouse today. She's been showing off her casual style during her many meetings to deal with her legal issues, which she addressed in her October cover of Vanity Fair. In the article Lindsay also denied abusing drugs and apparently has a lot to say about her time behind bars as she's been offered $1 million for her first postrelease interview. Meanwhile, LL has been absent from the Machete press tour before its Friday release, and there's a new report she was uninvited to the film's LA premiere by the director, Robert Rodriguez. For now, LL's doing a good job staying out of trouble, though her ex-girlfriend, Samantha Ronson, is at the center of an investigation connected to the attack her dog made on another pup earlier this week. 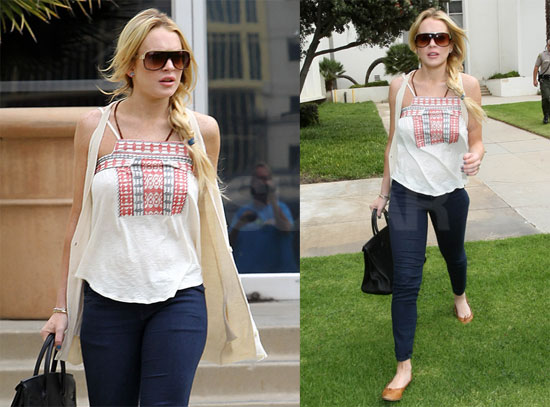