Lindsay Lohan and her mom Dina headed out to do some shopping in LA yesterday. They were accompanied by a pretty big group, and LL kept her head held high, despite rumors that she's been holed up since Tuesday's court date where she was sentenced to serve 90 days in jail followed by 90 days in inpatient rehab. Much was made of Lindsay's profane nail message and court notes, and since then her Twitter updates have been under fire as well. On Wednesday, Lindsay skipped her own birthday party instead spending time with new best friend Kim Kardashian, who most of you think might have ulterior motives. Lindsay is also allegedly gearing up for an appeal before she has to report to serve her time on July 20, though she's going to have to do so without her current lawyer, who resigned from the case. 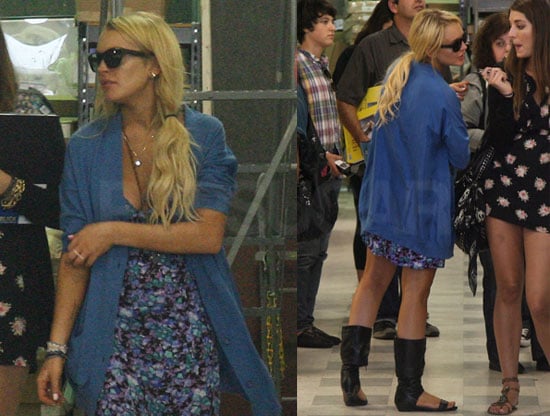