Lindsay Lohan was already back in LA yesterday after a quick trip to NYC, and she joined friends for another late night out at the Trousdale club. She spent Monday night visiting her old haunt Butter in NYC, and she evidently liked that evening's outfit enough to keep right on partying in it. LL had been out on the East coast doing work for her 6126 line, which was just expanded to include more than leggings. It might not just be fashion keeping Lindsay busy for the rest of 2010, though, with rumors floating that she may be in Quentin Tarantino's next film. 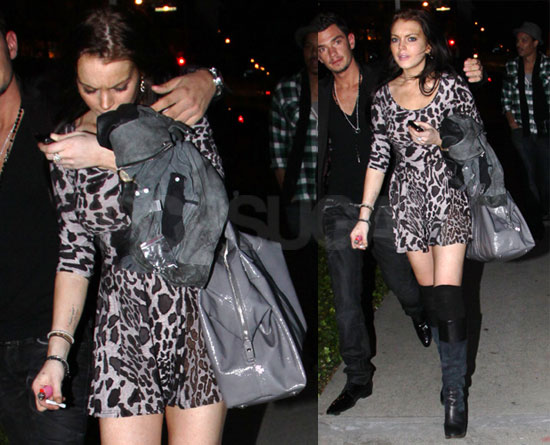