Lindsay Lohan had an animated chat on her cell phone and hid her red-again hair under a beanie as she arrived at LAX today. She spent the weekend with her family in New York, but she still made a surprise appearance at last night's VMAs when she poked fun at her reputation during the pretaped, self-mocking Chelsea Handler opening skit. While the vote was split on whether you thought her bit was hilarious, Lindsay might have the chance to give TV comedy another try soon. Beyond the rumors of her potential sit-down with Oprah, there's also buzz that LL's in talks to host an upcoming episode of SNL. 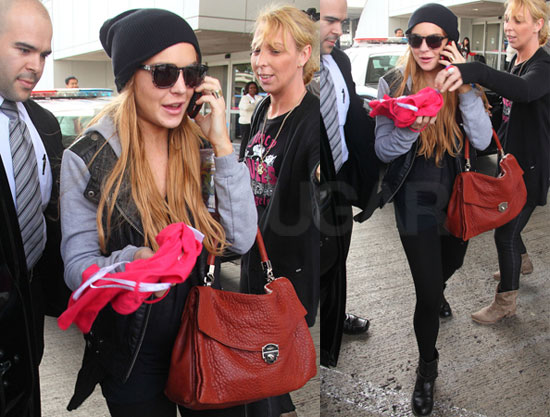