Lindsay Lohan showed off her abs in a tied-up shirt Thursday morning during a workout in LA ahead of her Thanksgiving dinner. The actress is still in treatment at the Betty Ford Clinic in nearby Rancho Mirage, where she's required to live until after the first of next year, but she earned a day pass that allowed her to spend Turkey Day with her father and Samantha Ronson. She enjoyed another outing Saturday to shop at the Prada outlet near her sober living house, and she was spotted headed to a meeting yesterday. Lindsay also made a triumphant return to Twitter over the weekend by posting an inspirational quote from Vanilla Sky, which caused Tom Cruise himself to send some love her way! Her mom Dina recently said LL is ready to get back to work, but she faced a career setback when she was replaced by Malin Akerman in the Linda Lovelace biopic Inferno earlier this month. 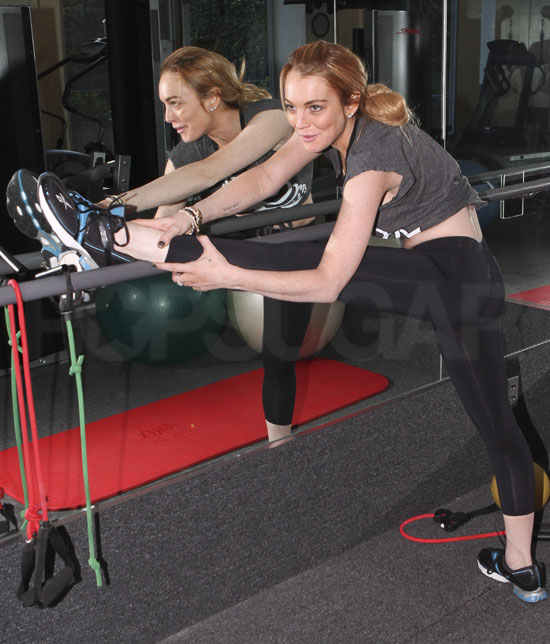 Celebrity News
Yep, Jodie Turner-Smith and Joshua Jackson Are So in Love, They High Five Each Other About It
by Chanel Vargas 2 weeks ago

Celebrity News
J Balvin and Valentina Ferrer Are Expecting Their First Child: "The Family Is Growing"
by Monica Sisavat 3 weeks ago

Celebrity Instagrams
Tan and Rob France Are Expecting Their First Child: "Our Hearts Are So Full Right Now"
by Monica Sisavat 3 weeks ago