Matt Damon protected his daughter Isabella from the rain as they took a walk near their home in NYC earlier today. The Damon family has been sticking close to their apartment for the last month since they welcomed baby Stella in late October. He's now focusing on his family during a break from film work, but his upcoming big-screen projects aren't far from his mind. Matt recently granted an interview to EW in which he discussed his philanthropic endeavors, being a father of four, and his upcoming Coen brothers movie True Grit. Matt said: 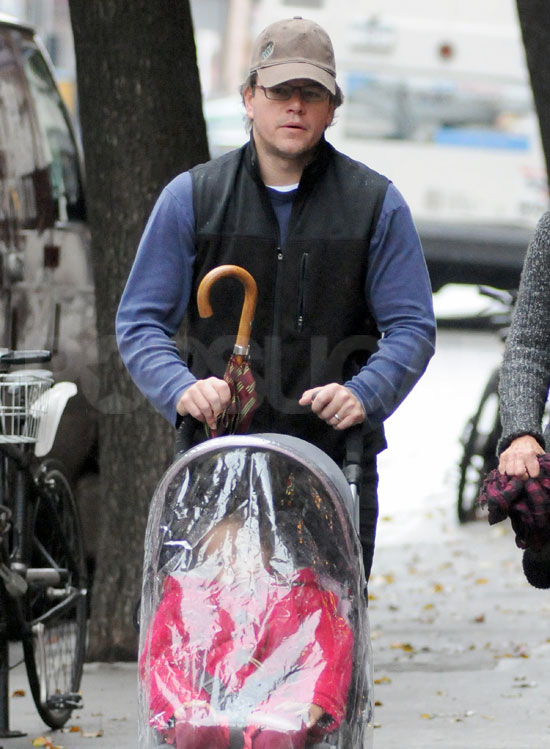 Babies
Gigi Hadid Shared a Rare Photo of Her Baby on Instagram, and It's Totally Adorable
by Navi Ahluwalia 23 hours ago