Matt Damon made his first public appearance since the birth of his daughter Stella last week at yesterday's fundraiser for the ONEXONE foundation. It's an organization close to Matt's heart, and he's faithfully supported its efforts to help kids around the world for the past few years. Patricia Arquette was honored at the event for her philanthropic work, and her brother David broke from spilling about his separation from Courteney Cox to be there for her. Matt had a second to chat about his new baby, saying, "Well, she's very small! She's beautiful. She's perfect, what can I say? She's perfect." David, meanwhile, had to hurry inside the event, but Patricia took her time to speak to the press. She was hesitant to comment on David's relationship status, but she assured reporters that everyone involved in the situation is happy and calm about how things are turning out. 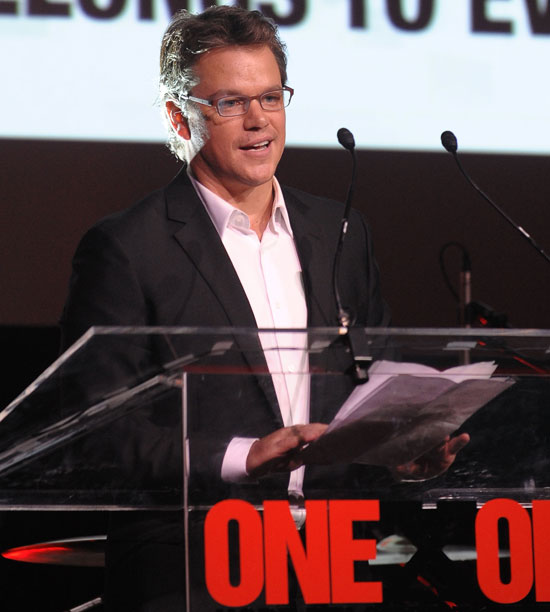 To see more photos of Matt at his charity event, just read more.