Matt Damon had his pregnant wife, Luciana, by his side at the premiere of Hereafter during the New York Film Festival yesterday. He was joined by Bryce Dallas Howard and the film's director and producer, Clint Eastwood, on the red carpet after screening the film in Toronto last month. Matt turned 40 years old on Friday and was spotted pushing daughter Isabella around NYC on the big day, which we celebrated with a look back at his famous friend- and family-filled past. He spent his birthday with the people closest to him, saying that the party was "nothing outrageous." Now that he's past that milestone, Matt can focus on the arrival of his fourth child, his appearance on Thursday's live episode of 30 Rock, and his upcoming annual star-studded ONEXONE gala. 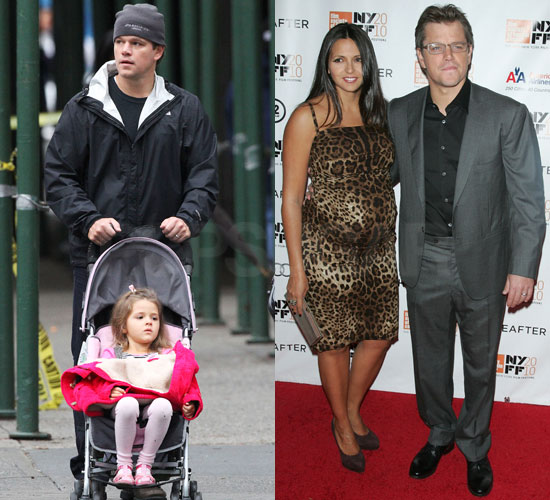 Emma Stone
Baby Makes 3! Emma Stone and Dave McCary Are Expecting Their First Child Together
by Karenna Meredith 2 weeks ago