Matthew McConaughey and Ryan Phillippe joined forces of handsomeness filming The Lincoln Lawyer in LA on Friday. MM's suited up attorney look is reminiscent of his role in A Time to Kill, which was perhaps the hottest moment of his career. Ryan joined Matthew in the well-dressed wardrobe. So far we've seen the two guys filming separately during the week, but hopefully this is a sign of what's to come with the men looking court-ready together, and we wouldn't mind if they became shirtless beach workout buddies too. It's a tough call, but we need you to lawyer up and tell us, who's hotter on set: Matthew or Ryan? 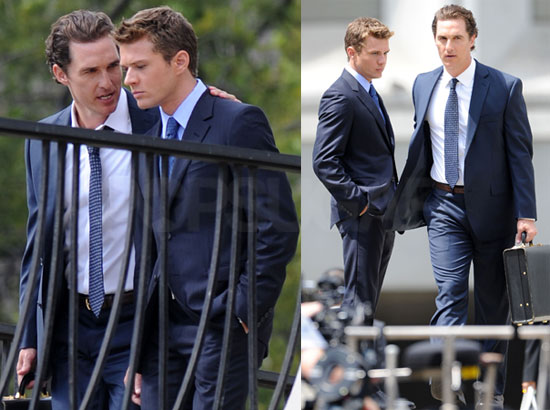