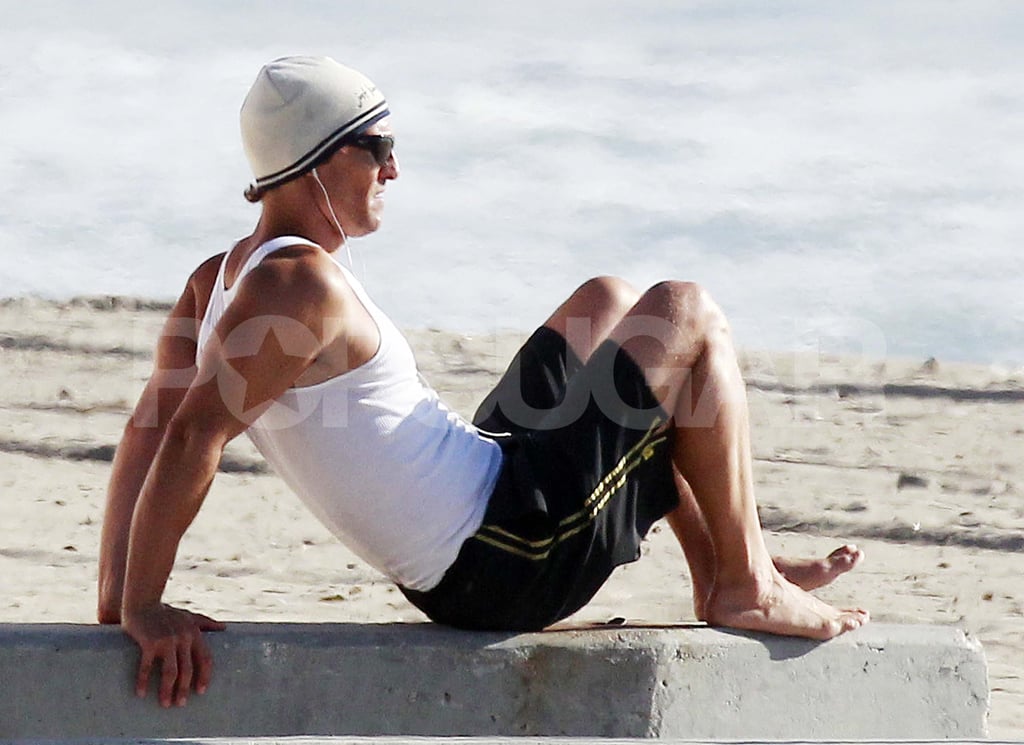 Matthew McConaughey hit the beach in Santa Monica for a very public workout yesterday. He broke a sweat jogging in the sand, then moved on for a round of sit-ups, push-ups, and stretching. MM didn't seem to mind doing his routine in front of other sunbathers, though unfortunately he didn't go shirtless. Matthew did, though, bare his abs while on a jog in Malibu over the weekend. He also took a trip with Levi and Vida down to the water, where the trio played together with their dog. Matthew's time outdoors means that he'll have the perfect glow when he starts promoting The Lincoln Lawyer ahead of its March release, and until then you can take a look at the fit actor in the dramatic trailer.

Previous Next Start Slideshow
Matthew McConaugheyCelebrity Sports
Around The Web