Sunday was ABC's turn to bring out their new crop of shows at the TCA in Beverly Hills. Matthew Perry's midseason comedy Mr. Sunshine was one of the first of the day and although it's not planned to premiere until midseason it's one of the most anticipated series — Matthew was hilarious on stage and artfully answered any prying questions about his Friends costars. Perhaps the most talked-about panel was for My Generation, which brought out its extremely attractive cast including Jaime King. The afternoon was time for comedies like Better With You starring adorable Joanna Garcia. She and her onscreen sister Jennifer Finnigan have been friends for years, in fact, Joanna was there when Jennifer met her husband. Joanna joked about planning a wedding in real life and on TV — stay tuned for our exclusive one-on-one interview! Elisha Cuthbert is another welcome addition to the new comedy lineup, thanks to Happy Endings. Follow all the updates on PopSugar and BuzzSugar on Twitter! 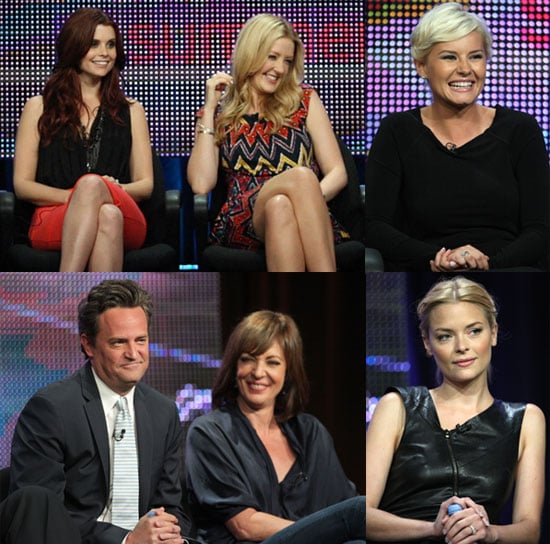 To see more from the panels including Allison Janney, Jeri Ryan, Julie Benz, Dana Delany, and others, just read more.

Matthew Perry
Matthew Perry Just Dropped a Chandler Bing Merch Collection — Could This BE Any More Amazing?
by Yerin Kim 12/04/20