Michelle Williams cozied up to her My Week With Marilyn costar Dominic Cooper last night at a London party for her film Blue Valentine. The duo have been shooting together for the last month, even enjoying a brief cameo from Emma Watson. Ladies man Dominic, though, has had enough time off to make the party rounds and hang out with January Jones. Michelle and Dominic mingled with producer Harvey Weinstein, whose company is behind both the Marilyn Monroe project and the movie they were celebrating yesterday. Harvey, Michelle, and Ryan Gosling are all united in their frustration at Blue Valentine's NC-17 rating, and they're apparently getting a legal team together to battle the label they think is unfair. Michelle, who's looking good with Ryan in their new poster, is also said to be worried that the NC-17 association will diminish their chances at the Oscars next year. 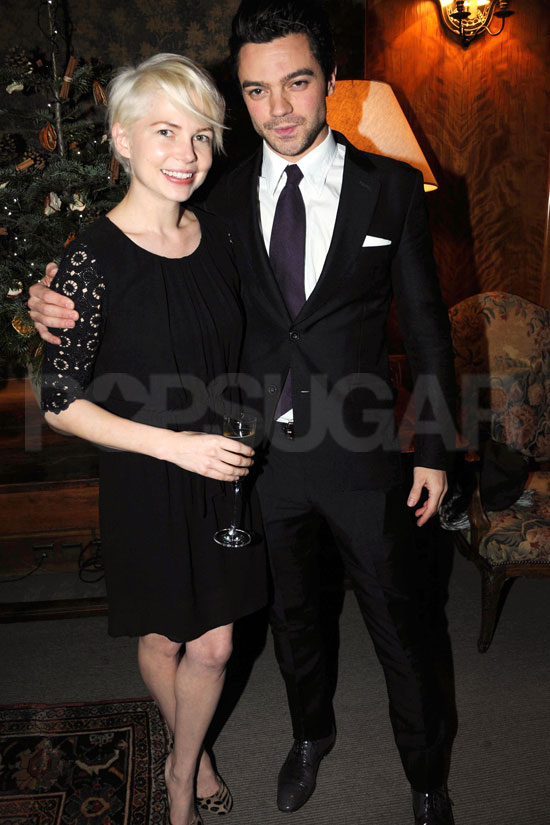