Michelle Williams and costar Dougray Scott walked the streets of London yesterday in characters as Marilyn Monroe and Arthur Miller filming My Week With Marilyn. Dominic Cooper followed a few steps behind carrying a camera case in the role of Milton Greene, Marilyn's personal photographer. On Friday, we got the first glimpse of Michelle stepping out as the bombshell, though most of you feel her former Dawson's Creek costar Katie Holmes may be more convincing as a retro icon. Marilyn's famous curves and sultry voice raised eyebrows in her day, but it's Michelle's upcoming holiday release Blue Valentine that is currently a bit of a scandal since it was slapped with an NC-17 rating — check out the movie's first trailer. 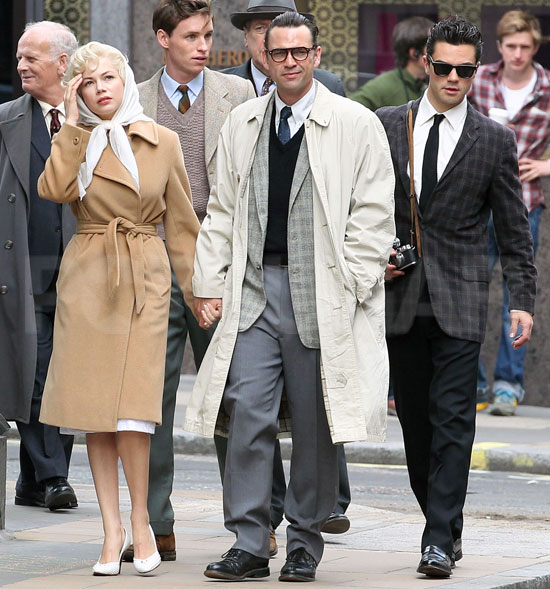