Michelle Williams transformed into an icon, Marilyn Monroe, on the set of her new biopic My Week With Marilyn in Berkshire, UK, today. The studio just released the first promo picture of Michelle in character as well, and she already perfectly embodies the blond bombshell. Naomi Watts is also set to play Monroe in an upcoming movie, though most of you are more excited to see Michelle take on the role. Michelle's been preparing for this project, which meant Ryan Gosling had to take the Blue Valentine premiere at the Toronto Film Festival without her. The first official trailer for that movie finally came out today, though unfortunately it's going to have to battle the NC-17 rating just slapped on it by the MPAA. 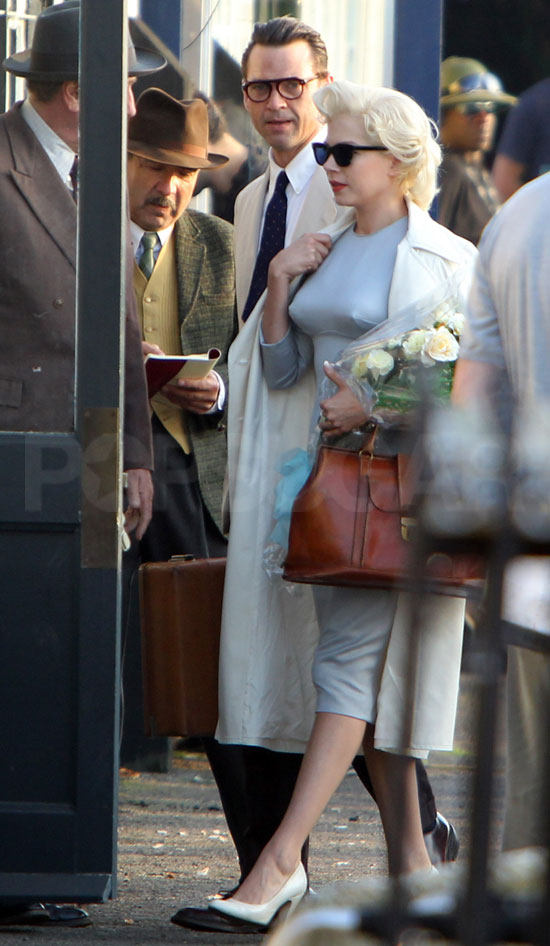