Michelle Williams arrived on the set of My Week With Marilyn in London on Sunday, wearing the bombshell's signature sunglasses and headscarf. Michelle might not have won everyone over in this role yet, but some of you suggested Michelle to play yet another icon, Daisy Buchanan, in the upcoming adaptation of The Great Gatsby. Michelle channeled Marilyn with her hair, makeup, and costume, and while her look was for work rather than play, the character is a popular dress up choice for celebs whether it's Halloween or not. Michelle has been shooting the film in the city and took a brief break to attend the UK premiere of Blue Valentine last month. The producer of that movie is appealing the NC-17 rating, but not re-editing the intense scene in question. 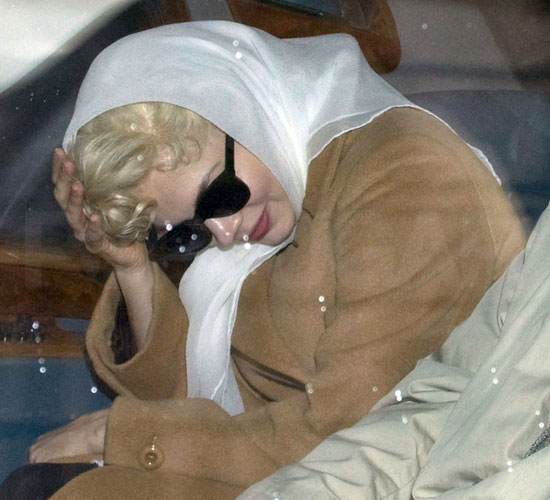