Natalie Portman and Mila Kunis premiered their much-anticipated ballet film, Black Swan, in NYC last night. Natalie wore a dark Dior gown and dramatic red lips, while Mila went with a lighter look in Elie Saab. It was the costars' second evening in a row of sharing the red carpet after stepping out for the Gotham Independent Film Awards on Monday to support director Darren Aronofsky. The ladies were also on the West Coast earlier this month for a premiere in LA, where they talked about the many challenges, like extreme weight loss, that their roles required. All of their hard work is already paying off, as the film received multiple Independent Spirit Award nominations ahead of its Friday release. 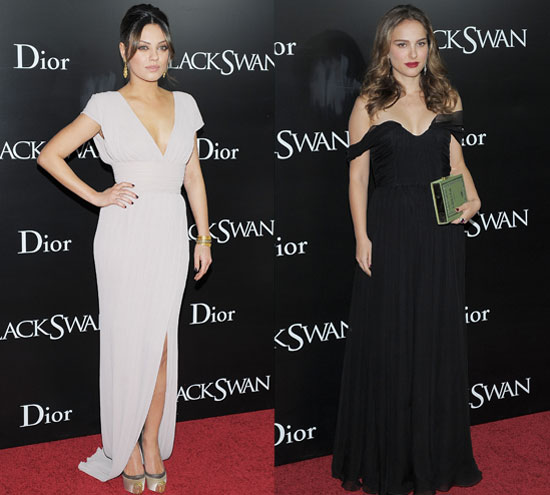