Miranda Kerr was back to work yesterday doing a photo shoot at Milk Studios in LA. The just-married model returned to California earlier this week with her new husband, Orlando Bloom, following their honeymoon, and the pair showed off their brand-new wedding rings at the airport! New details from their intimate ceremony have emerged, and Miranda apparently wore a gown designed by her fellow Australian Collette Dinnigan. Miranda and Orlando announced their intention to marry just a month before actually tying the knot, which has brought on speculation she may be pregnant. 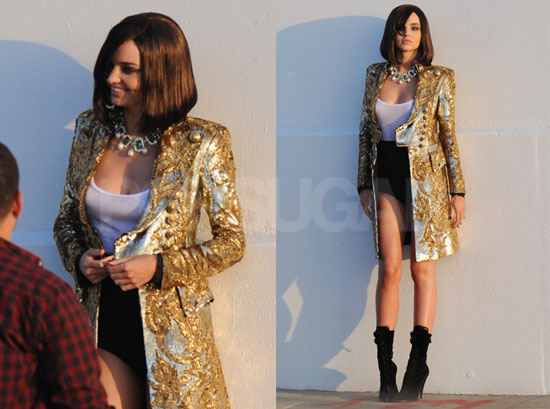