Naomi Campbell threw on her bikini to lounge by a hotel pool in Miami yesterday as her boyfriend Vladislav Doronin chatted on his phone nearby. They're in Florida after a cold stint in Vladislav's home country of Russia, where they joined Leonardo DiCaprio last week to participate in the charitable International Tiger Conservation Forum. Leo and Naomi have vacationed and partied together in warm places before, but Naomi's Floridian getaway was just for her and Vlad. Naomi's not shy about stripping down to a two-piece, and she took things one step further with a recent nearly nude cover of GQ Russia. 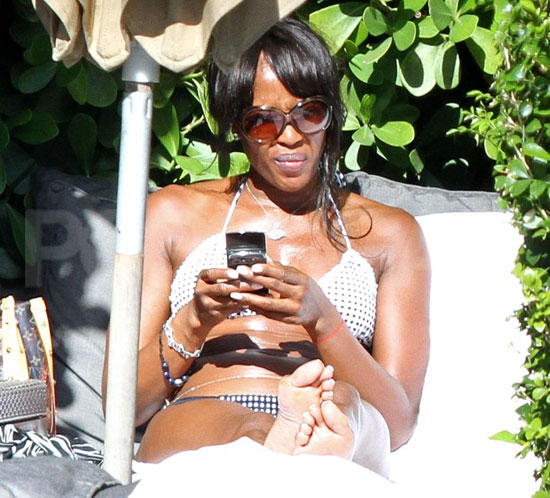 To see more Naomi in her bikini, just read more.