Natalie Portman locked lips with a handsome young man on the set of a Christian Dior ad shoot in Paris earlier this week. She was announced as the new face of the brand's perfume line in June, following past spokesmodels like Charlize Theron. Natalie's a pro with oncamera PDA, including a recent make-out session with Ashton Kutcher for their untitled comedy. Now that filming on that project has wrapped, she'll be moving on to all the other roles she has lined up, like playing a pot-smoking bride-to-be in Best Buds. She'll also be in California later this week when she and her costars start promoting their highly anticipated movie, Thor. 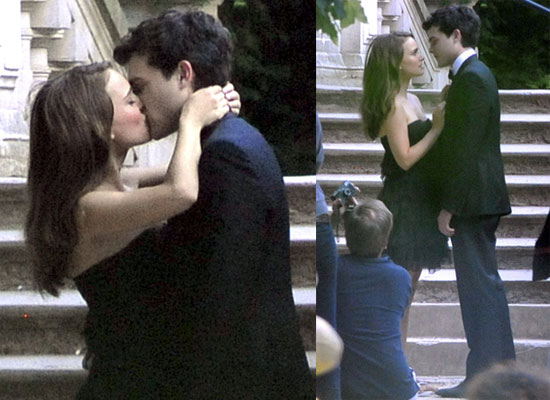