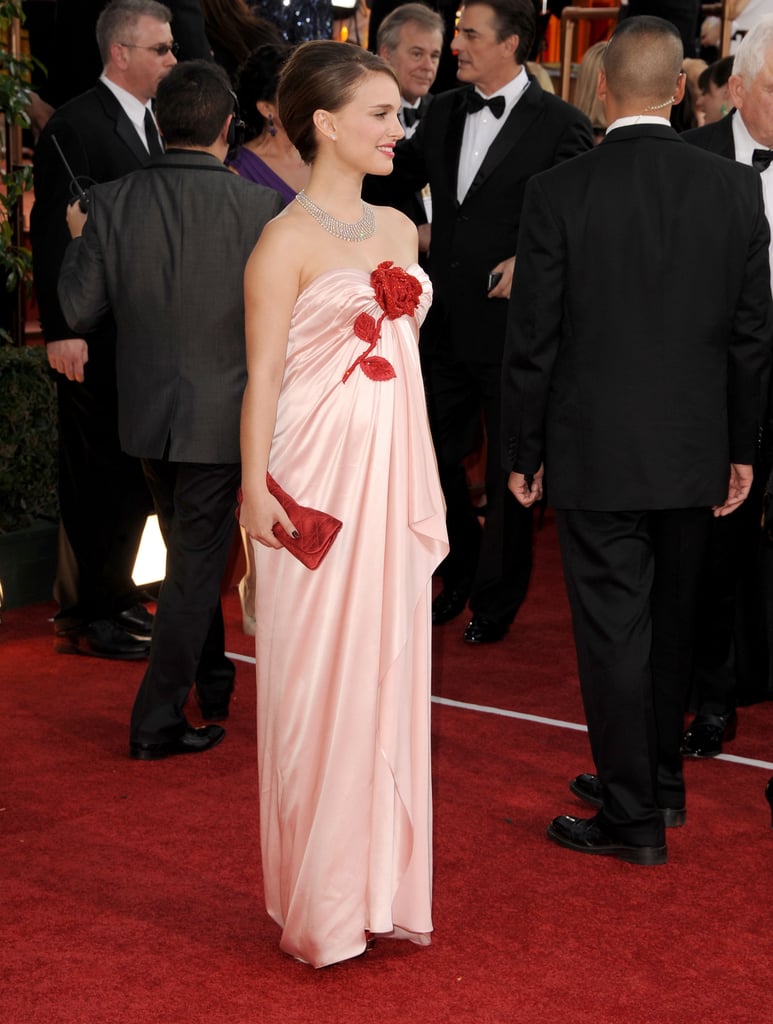 Mom-to-be Natalie Portman stepped out tonight wearing a pink Viktor and Rolf gown adorned with a sparkly red rose at the Golden Globe Awards — what do you think of her look? The Black Swan star is nominated in the lead actress category for her dramatic role as a ballerina and was escorted to the event by her fiancé and the film's choreographer, Benjamin MiIlepied. It's been a busy weekend for the actress, who kicked off the fun on Friday at the AFI Awards before taking home a statue at the Critics' Choice. Keep up with all the hottest looks in fashion and beauty from the red carpet with Fab and Bella's love it or hate it polls!