Kellan Lutz shared a laugh with a lady friend while out in LA yesterday. The single actor seemed to get suddenly shy when he noticed photographers nearby, and he turned to walk away once spotted with his friend. Kellan and AnnaLynne McCord split up recently after nearly two years of dating, though the former couple were often coy about their status. His personal life is undergoing some change, but things are good with Kellan professionally. He's been in Louisiana shooting Breaking Dawn alongside his costars Kristen Stewart, Robert Pattinson, and Taylor Lautner, and Kellan's also front and center in the new trailer for his film Meskada. 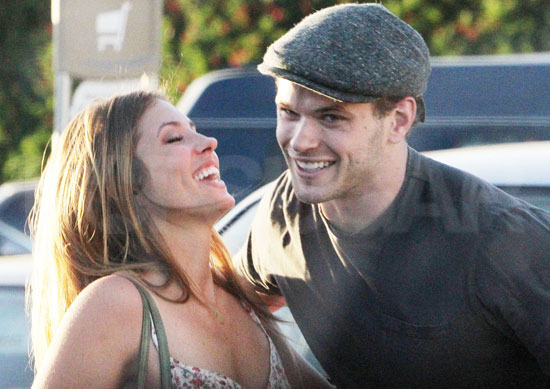