Nicole Richie took a note from Diane Kruger's traveling Chanel and caught a flight from LAX yesterday with her own quilted bag. The mother-of-two is off again following her recent cross-country tour that also took her up to Canada to promote her novel Priceless. Her fiancé Joel Madden's schedule has been equally busy with the release of Good Charlotte's album, but he still had time to hit the mall with mini-fashionista Harlow. Nicole found a few free hours of her own to hit the salon and chop off her locks, and her crop should open up a new world of costumes if she gets into character again with her little trick-or-treaters on Halloween. 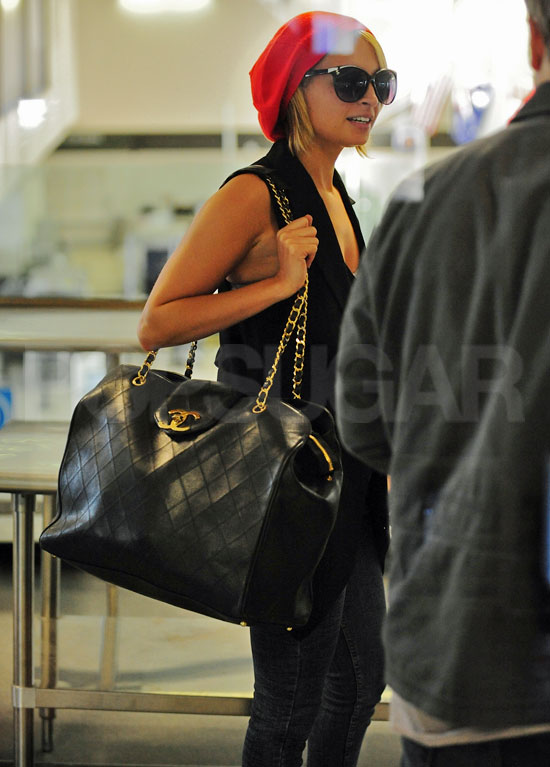