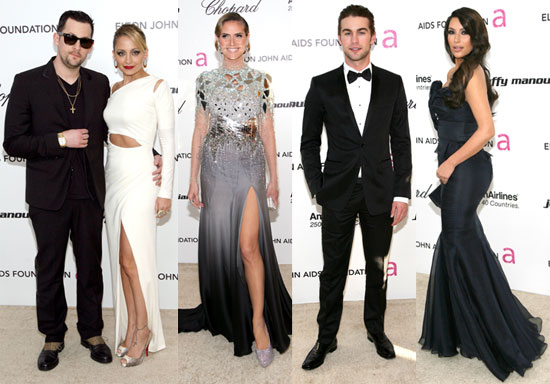 Elton John held one of his legendary parties last night during and after the Oscars. The event, which benefits his AIDS charities, was held at LA's Pacific Design Center, and brought out many big stars who celebrated at the Vanity Fair bash as well. Nicole Richie and Joel Madden coordinated their white and black to pose on the cream carpet, while Heidi Klum picked a bold mirrored gown. Kim Kardashian showed off her curves in something strapless, and a dapper Chace Crawford headed inside to flirt the evening away with Emma Roberts. 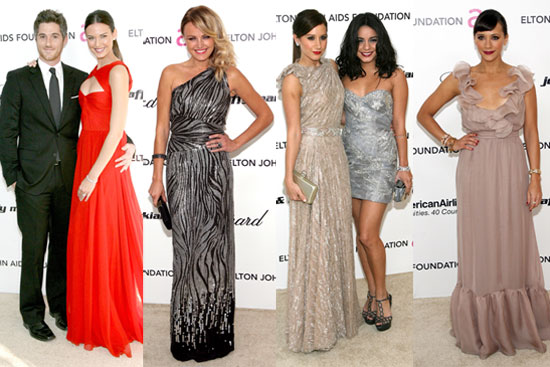 High School Musical pals Ashley Tisdale and Vanessa Hudgens stuck together for photos, while Malin Akerman smiled in a one-shouldered dress. Dave Annable and his wife, Oddette Yustman, were picture-perfect together, and Rashida Jones kept things relatively simple in her light, floor-length ensemble. The whole gang moved to their tables for partying with new dad Elton and his husband David Furnish — stay tuned for pictures from their festivities!

To see more from the carpet, just read more.