Nicole Richie grabbed a friend to get a manicure at Studio Nails in LA yesterday, while her husband-to-be, Joel Madden, was spotted out running errands on his own. Joel and Nicole are rumored to be finally tying the knot this weekend at her dad Lionel's home, which has received party deliveries throughout the last two weeks. Nicole is still reportedly deciding between two gowns and is down to either a new Marchesa number or a vintage Chanel. She seems to have all her other details in order, though, after dedicating herself to a fitness routine and getting preceremony gifts from Ellen. 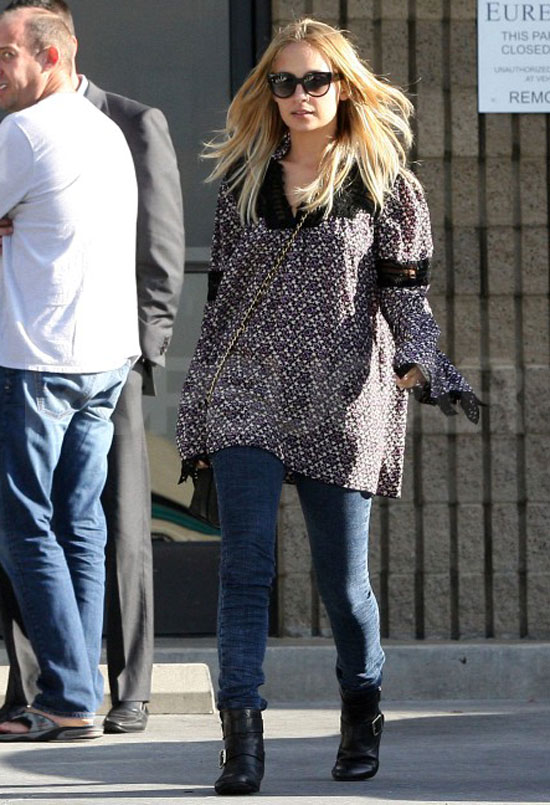 To see more of Nicole and Joel, just read more.