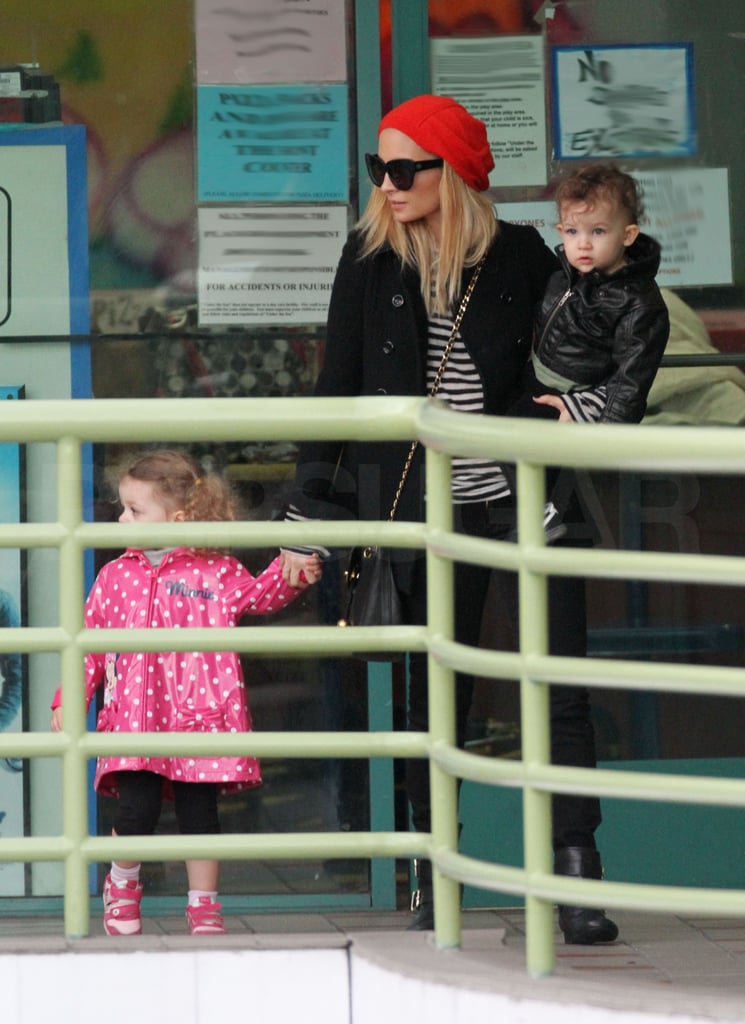 Nicole Richie carried her son, Sparrow, who was decked out in a little leather jacket, out of a children's gym in LA yesterday. The busy mom of two also kept a hand on her daughter, Harlow, in matching pink shoes and jacket. Nicole and her kids kept their weekday routine going despite the new year, which will be her first as a married woman. She and now husband Joel Madden saw out the end of 2010 with a bang, having thrown their long-awaited marriage ceremony in December. The coming months will give Nicole another reason for a big celebration, as she's among the 30 stars turning 30 in 2011.