Nicole Richie hit the gym in LA yesterday carrying another beautiful bag, but this time she picked one of her bright Spring Balenciagas instead of the gorgeous black Givenchy she's been toting around lately. It's been a busy week for the designer, who partied with Joel, debuted her video dancing alongside celebrity trainer Tracy Anderson, and got a shout-out from WWD for her Winter Kate designs. Joel was equally busy with parties and a Good Charlotte performance on The Tonight Show, but he still found time to team up with Kim Kardashian to pull an April Fools' joke on Nicole. Joel and Kim hijacked Nicole's Twitter account for a few hours until she figured out their silly scheme.

Previous Next Start Slideshow
Nicole RichieCelebrity Fitness
Around The Web

Healthy Living
Madelyn Cline Opens Up About Eating Disorder Recovery: "Self-Love Is a Constant Journey"
by Maggie Ryan 1 day ago 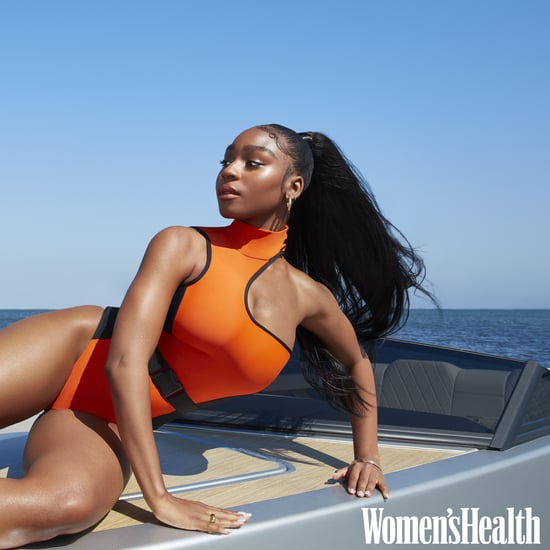 Normani Kordei
Normani Says She Didn't Know She Needed Meditation and Self-Affirmations . . . Until Now
by Samantha Brodsky 2 weeks ago