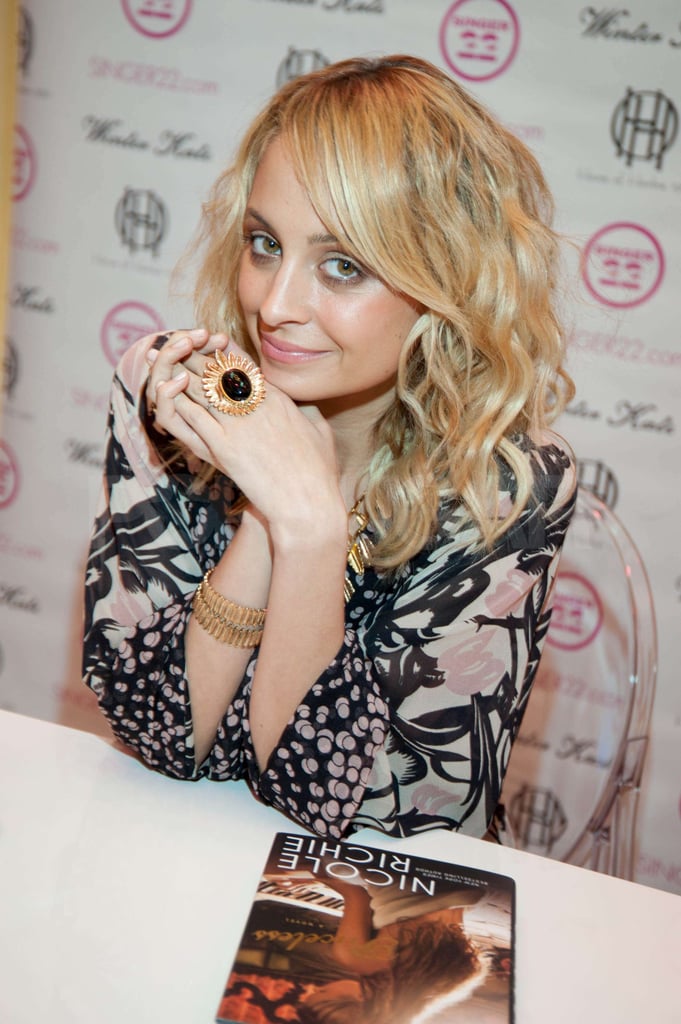 Nicole Richie celebrated the launch of her Spring Summer Winter Kate and House of Harlow 1960 collections on Friday night in East Hills on Long Island. The boutique Singer 22 hosted the event, where Nicole rocked some jewelry and a dress of her own design. She also happily signed copies of her books for fans, even indulging in a little shopping during the soiree. It was the second party thrown in honor of the designer during Fashion Week, but she made an early exit from the festivities. The mother of two headed home to LA just in time to celebrate Valentine's Day with Sparrow, Harlow, and Joel. She'll be jetting right back East, though, to cohost The View tomorrow morning.