Kellan Lutz, Ashley Greene, and Nikki Reed were all in sunglasses yesterday as they left LAX bound for Louisiana to start work on Breaking Dawn — get Nikki's travel style here. Ashley tweeted her excitement when the trio arrived in the Southern state and joined Robert Pattinson, who's been spotted on the Baton Rouge set already. Kellan and Ashley have been preparing to return to their roles with plenty of trips to the gym, though she's also had time to hang with boyfriend Joe Jonas. Nikki, meanwhile, represented the Twilight cast alongside Kristen and Jackson Rathbone at the Spike Scream Awards on Saturday night — check out our red carpet interviews after the jump. The veteran vampires will also welcome new costars for the fourth film, including the young actress who will play Renesmee. 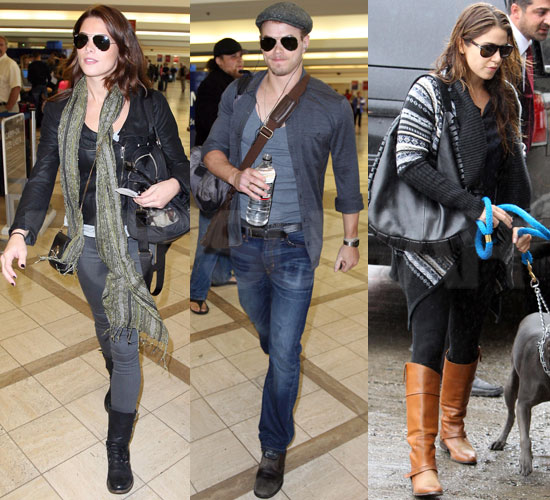