James Franco was armed with his mustache, iPhone, and festive hat yesterday when he touched down at LAX. He headed directly over to the Live With Jimmy Kimmel studios in order to chat about 127 Hours and his new appointment as host of the 2011 Oscars. James was only on the West Coast for a few hours, as he had to head back to NYC for a class at Yale today. The actor explained how he got the interesting Academy Awards position with the slightly random cohost Anne Hathaway and explained how he's going crazy with people suggesting that he might even score a nomination — check out the long interview below. 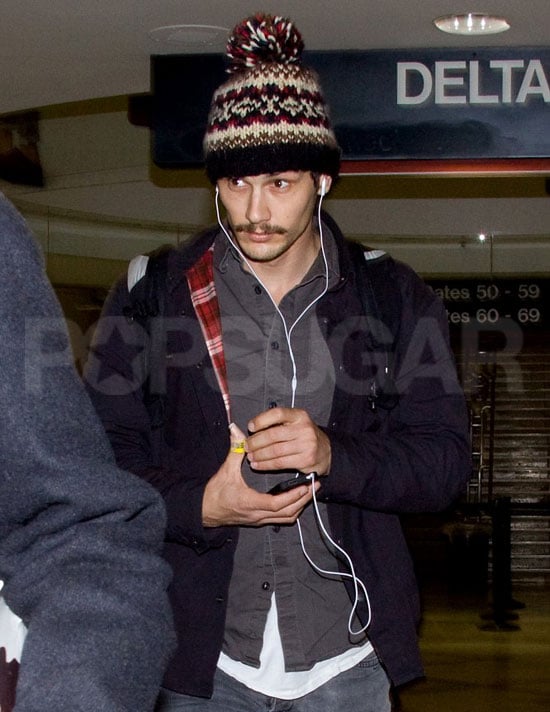