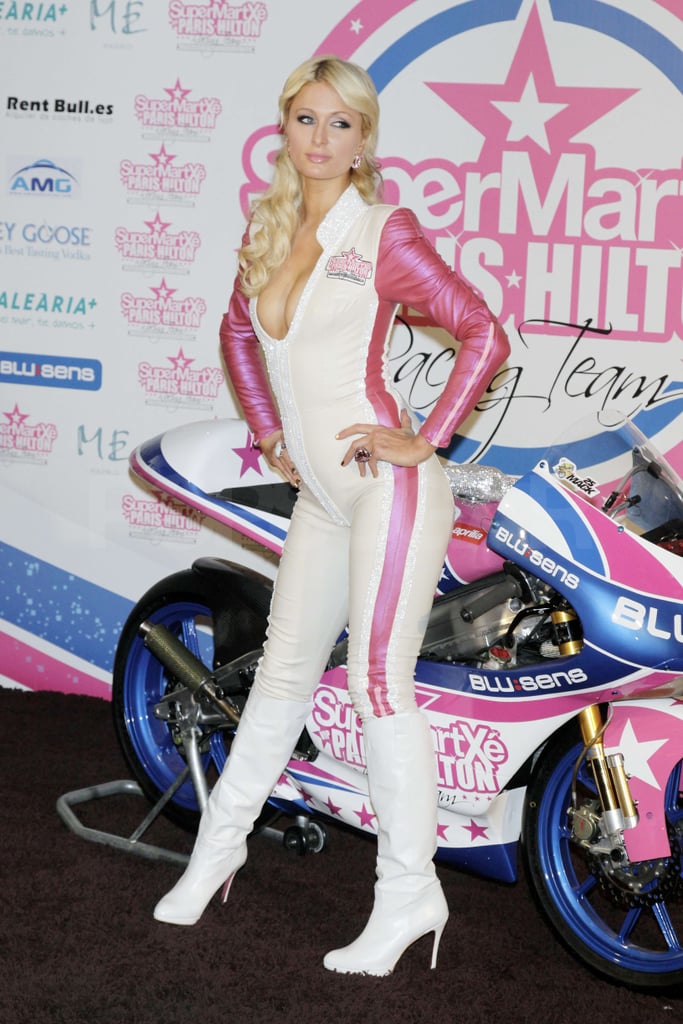 Paris Hilton was decked out in a leather bodysuit on Saturday to launch her own MotoGP racing team in Madrid. She then slipped out of her form-fitting gear and put on her party shoes for a late night performance at the city's Fabrik club. It's been another whirlwind year for Paris after she landed behind bars this Fall, though her mug shot ranked among your favorites. Hopefully 2011 will involve less legal drama for the fun loving heiress, who's evidently still going strong with boyfriend Cy Waits.

Red Carpet
Jessica Long Had the Hottest Plus-One at the Emmys: Her Tokyo Gold Medal
by Perri Konecky 4 days ago