Penelope Cruz was under the watchful eye of Mario Testino this morning as they collaborated on an ad for Lancome at Paris's Hotel de Crillon. The French capital is a hot spot to film beauty campaigns, after Jude Law was recently in the city shooting for Dior. Penelope was working hard in front of the camera despite it being her 36th birthday! She was able to get a head start on the partying over the weekend in LA with Javier Bardem, though hopefully their pet emergency didn't put a damper on the celebrations. 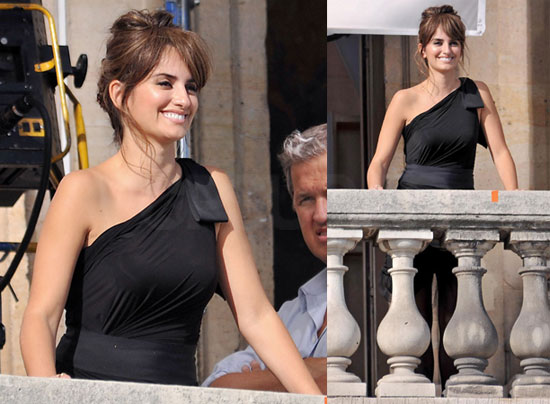