Peter Facinelli was rolling solo yesterday when he touched down at LAX. He's home in California again after his latest traveling adventures, which included stops in Dubuque, IA, Chicago, and even Monroe, MI. Now Peter's looking forward to spending time around home with his wife, Jennie Garth, and their three daughters. He'll soon head off to film Breaking Dawn and has already gotten his wardrobe for the film fitted. As soon as production on the next installment of the Twilight series starts, there's sure to be renewed interest in Robert Pattinson and Kristen Stewart's romance — Peter, though, isn't one to discuss their situation. Costar Kellan Lutz also won't touch on their private lives, and he recently told fans in Israel that he won't comment. 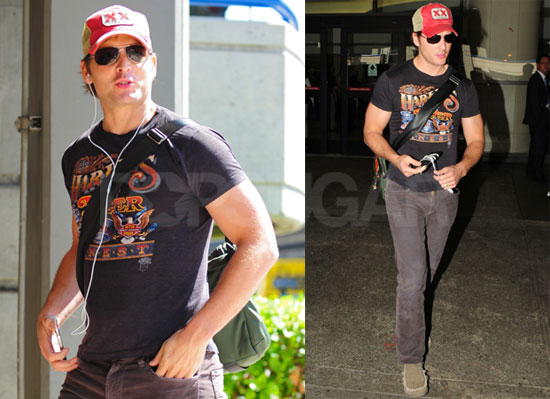