Peter Facinelli had a brand new laptop in hand as he arrived to catch a flight out of LAX yesterday. He spent the weekend at home in LA, where he celebrated his daughter Lola's birthday during a quick break from filming both Breaking Dawn and Nurse Jackie. Peter was on set in Louisiana playing Carlisle Cullen just last week, and now he's heading to NYC to get back to the hospital as Dr. Cooper. He'll return to Baton Rouge once work on the Showtime series is over — Peter's Twilight costars like Ashley Greene and Kellan Lutz are currently getting settled and supporting local causes down South. Their whole cast has been honored with multiple People's Choice Award nominations for Eclipse, so be sure to make your picks before voting closes tomorrow! 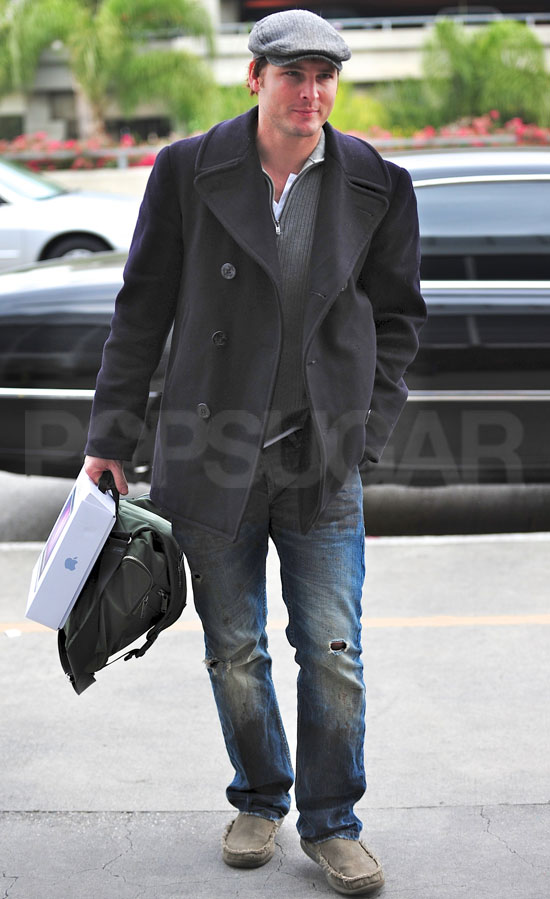 by Kara Kia 57 minutes ago