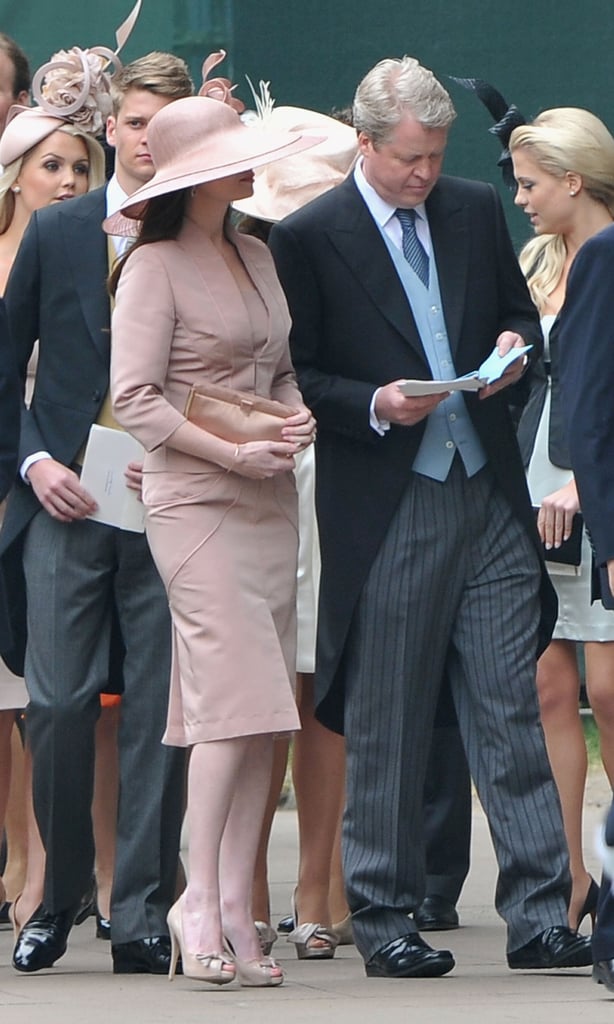 Prince William's uncle, Earl Charles Spencer, was accompanied by his new fiancée, Karen Gordon, as he arrived for the royal wedding. The Spencer family have a prominent position in Westminster Abbey, sitting right behind the Middletons. They are representing the groom's maternal family. Wills has said he gave Kate his mother's engagement ring so that she could be part of the ceremony, and we also got details yesterday about how Diana will be honored during the royal wedding ceremony. Chelsy Davy, the Beckhams, Elton John, Guy Ritchie, and Tara Palmer-Tomkinson are also in attendance, so check out all the pictures!