Jennifer Aniston's first ad image for her new fragrance, Lolavie, is out, and it features the actress lounging on the beach in Cabo. She opened up to WWD about the process behind its creation and revealed that she'll launch the perfume this Summer at Harrods in London with a special in-store appearance. It's Jen's first foray into creating a product, though the field of celebrity fragrances is certainly a crowded one. Jen discussed how she tried to make her scent unique, and she also touched on her career in film and aspirations to direct. She said: 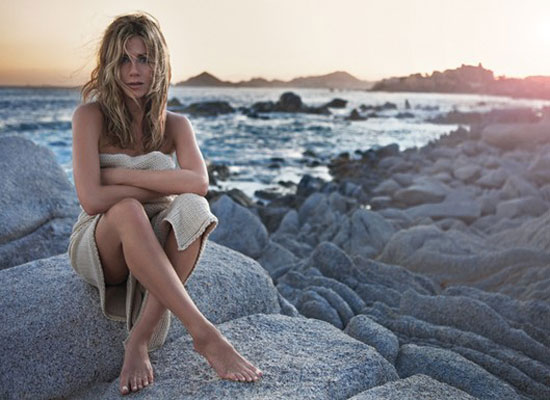 To see what Jen has to say all about the scent just read more.