Rachel Bilson rocked knee-high rain boots yesterday while running errands around LA. The actress managed to look chic in stormy weather, and Fab recently chatted with her stylist, Nicole Chavez, to get the inside scoop on Rachel's style secrets. Rachel's home again in California after going to France for Paris Fashion Week, where we caught up with her at the Chanel show. She'll soon trade her front-row spot for one in front of the camera, teaming up with The O.C. creator Josh Schwartz on a new romantic comedy for TV and starring in Krysten Ritter's raunchy Apatow-esque comedy BFF and Baby alongside Kate Bosworth. 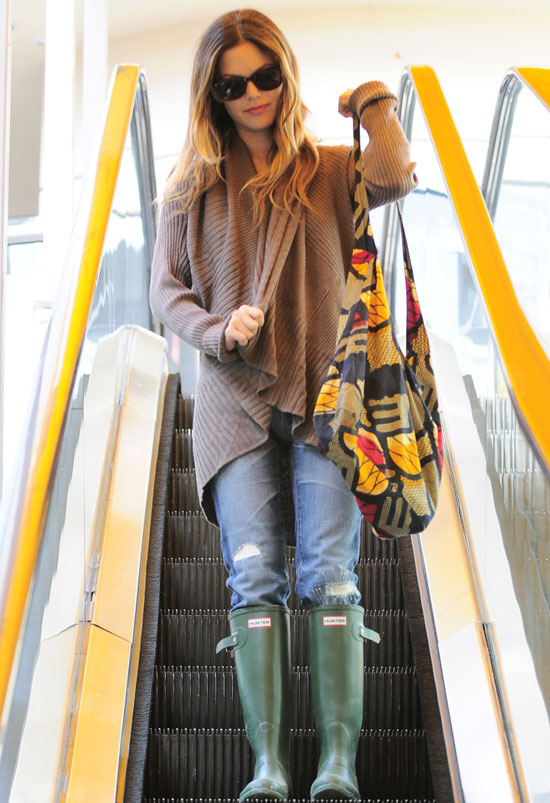 by Victoria Messina 16 minutes ago