Channing Tatum stood still while a crew member hosed him down from head-to-toe on the set of The Vow in Toronto yesterday. Rachel McAdams joined him, though she managed to avoid a fully-clothed shower and instead chatted with friends outside her trailer. Channing and Rachel have yet to be spotted sharing a scene, but it's only a matter of time before the two, along with their other handsome costar Scott Speedman, put their onscreen chemistry to the test. Rachel recently let loose with an evening of dancing to wrap up her Summer abroad shooting Midnight in Paris with Owen Wilson, though the lucky actress will now be torn between two new good-looking men in this upcoming drama. 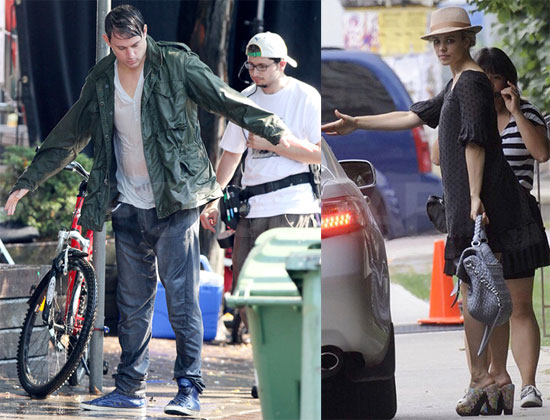 Rachel McAdams
Is Rachel McAdams Really Singing in Eurovision Song Contest? Not Quite
by Kelsie Gibson 6/27/20