Rachel McAdams stepped out in black yesterday to join a guy friend for lunch in Toronto. She's back in her home city after traveling to LA last month for the Oscars, where she raised hopes of a fantasy romance by taking the stage with Jake Gyllenhaal. He commented that she looked amazing during the awards show, but Jake's rumored to be moving on after Reese Witherspoon with a different actress entirely. Jake might not be sticking close to Rachel's side, but she'll have more than enough male company with her roles opposite Owen Wilson in Woody Allen's next project and her film with Javier Bardem. 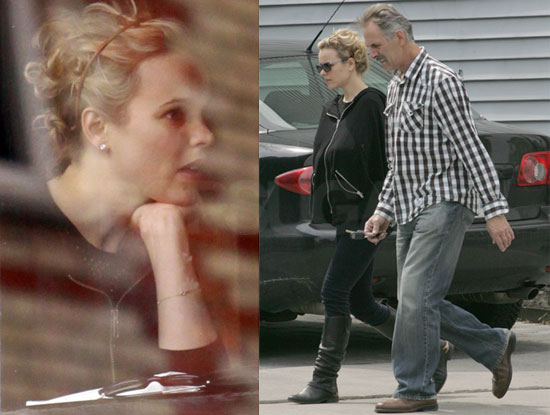