Reese Witherspoon looked cute and casual joining forces with Ryan Phillippe to host their son Deacon's seventh birthday bash on Saturday afternoon at the W Hotel in LA. Reese arrived back from Vancouver, where she's spending Monday-Friday filming This Means War, the night before celebrating her son. Reese pops home every weekend to see her kids and boyfriend, though she didn't bring Jim to throw the party with her ex husband Ryan. The fun continued into the evening for Ryan who joined David Beckham at an Xbox 360 event. Yesterday, Jim was back in the mix cheering on Reese and Ava while they competed in a mother-daughter mini triathlon. Jim is allegedly already designing an engagement ring, but Deacon was Reese's main man shopping with Ava later in the afternoon. 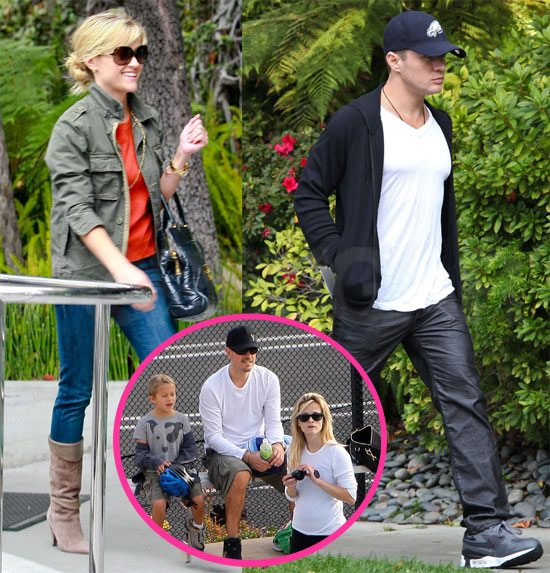 To see more photos of Reese and Ryan with the kids, just read more.