Robert Pattinson spent quality time filming with a pachyderm costar, Tai, who plays Rosie in Water For Elephants on set in Ventura, CA, today. Reese bonded with another four-legged filming friend this week, but apparently Rob has a special connection with Tai. He'll be back in Twilight mode at the Eclipse premiere tomorrow in LA — we'll be there too, so follow us on Twitter for all the updates! Fans are anxiously camped out to catch a glimpse of Rob and his castmates as we eagerly take in all the sneak peeks of the movie. Kristen Stewart and Taylor Lautner have meanwhile been taking care of European press duties and the whole crew was on TV this evening when their Kimmel special finally airs. It's officially one week until Eclipse! 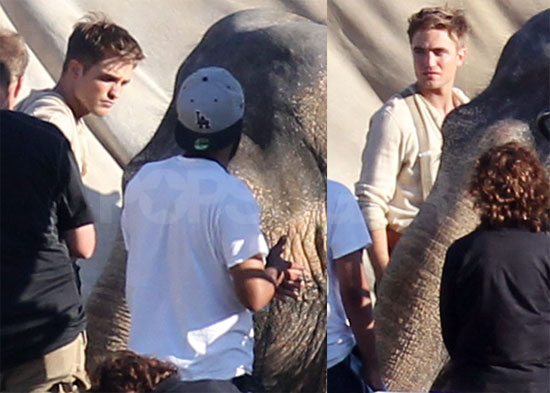