Robert Pattinson had a book and a Coke Zero yesterday to keep himself busy during a break from working on Water for Elephants in California. It was Rob's second day in a row of shooting, as he spent his Monday afternoon hard at work on scenes at UCLA. Rob's returned to filming after having the weekend off to hang out with friends and check out a screening of Angelina Jolie's Salt. He's decked out in period costumes for the movie, but it's Rob's off-duty style that's inspiring a new collection of underwear — the British retailer Marks & Spencer is apparently releasing the R-Pant, which is a line of slim-fitting boxer briefs that fit under men's skinny jeans. Their shops are where Rob likes to buy his own intimate wear, as he was spotted making a few purchases there earlier this year with his BFF Tom Sturridge. 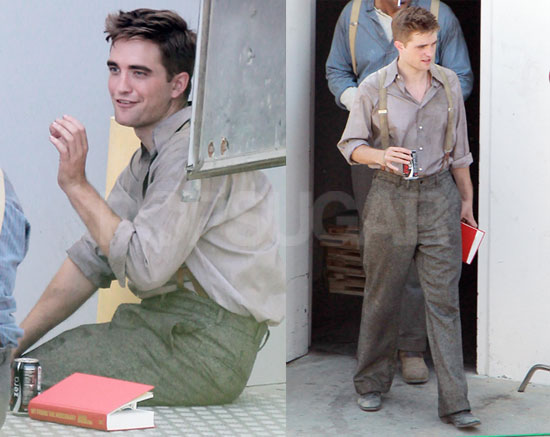