Robert Pattinson was back in his costume yesterday to continue shooting Water for Elephants in California. He had a check-in with the wardrobe department before heading off to film a scene, and once again he looked bruised and bloody — made up or not, Rob had a small cut on his hand. Rob's focusing on his latest big-screen project as plans go forward in the UK to release a line of men's underwear inspired by his style. His fellow Brit Ed Westwick also wants to get a little bit of Pattinson magic. He told us last night at a TCA party that he'd like to work with Rob someday and jokingly proposed a role for himself in Breaking Dawn. 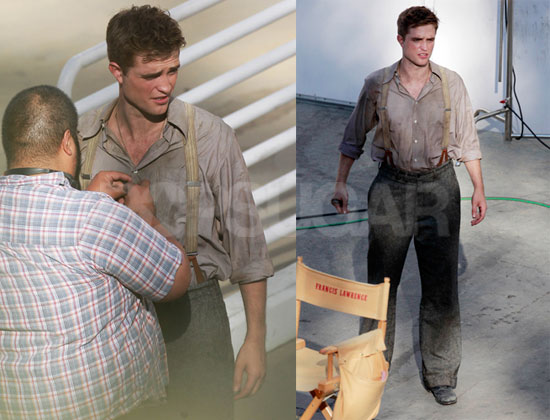