Robert Pattinson suited up on the set of Water for Elephants in LA today. The intense emotional scenes they were working on take place at Cornell in the book, so UCLA stood in for the upstate NY university. The movie wraps filming soon, but first the cast will relocate to Tennessee for a few days of shooting. Robert and his costars had the weekend off, which meant a trip to see Salt and attend a party with a friend for Mr. Pattinson. Christoph Waltz headed to Comic-Con, which Rob's an expert at after two years of Twilight promotion. This time he got to skip the fan frenzy in San Diego, though he was still a topic of conversation when Christoph fielded questions about Rob's Oscars hopes for their current project. 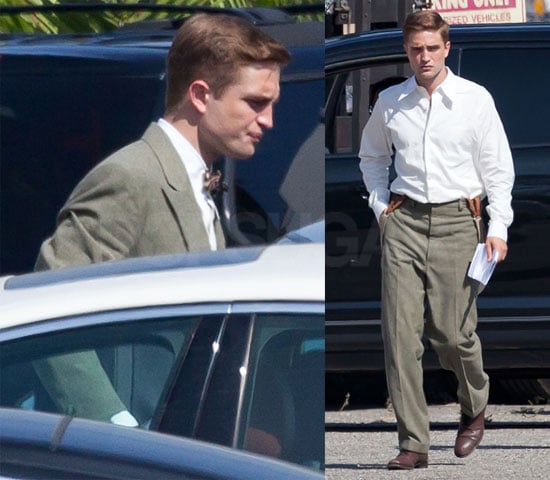