Robert Pattinson joined the German actress Alexandra Maria Lara for a late lunch in Montreal on Saturday afternoon. He's in Canada in order to visit Kristen Stewart and his pal Tom Sturridge as they shoot On the Road — Rob was even spotted cuddling up to Kristen during a stop by their set last week! Robert seems to have struck up a friendship with Alexandra, whose husband, the British actor Sam Riley, stars alongside Kristen and Tom in their new project. Rob, meanwhile, has wrapped up filming his own movie Water for Elephants, leaving him free to support his closest friends while they work. 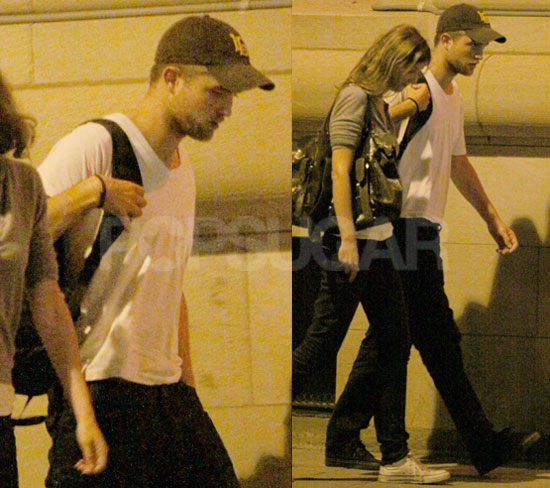